Effects of positive and negative charge on awarness


In short- neurons seem to be activated and sensations are felt when some positive ion gets into the neurons but inhibited (awareness reduced) when negative charges flow in cell. Positively charged ions have more exposed atomic nucleus (less electrons that protons) and negatively charged ions have more covered nuclear charge (more electrons than protons).

For example neurons usually activate when Na+ and Ca++ ions flow in cell. Nerve impulses end when K+ ions flow out and reduce inner positive charge but when bee toxin (apamin) blocks K channels then neurons stay active and the bite area feels painful and/or hot. Sedatives that reduce nerve activities like GABA often cause influx of Cl- ions that give neurons more negative inner charge (inside of cell has to be relatively positive to start nerve impulse).

H+ has acidic (sour) and burning taste/smell. Suffocation reactions seem to be controlled by brain pH which gets more acidic when CO2 turn into carbonic acid. More alkaline oxygen can cause relaxation, lack of energy and weaker breathing if someone inhales too deep and fast. 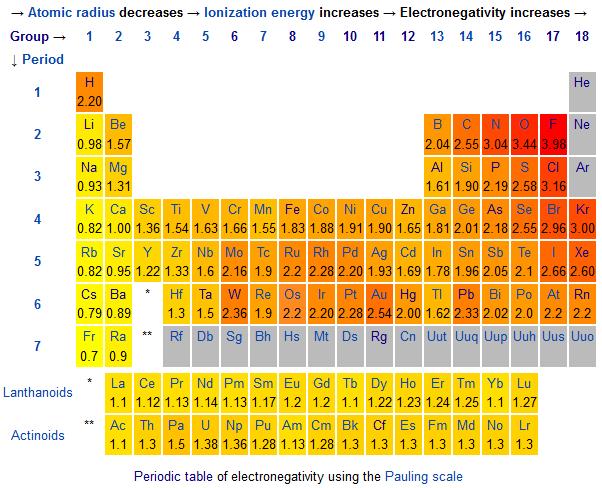 Common charge of ions depends on its electronegativity. The larger it is the more it this element attracts electron (and its negative charge). Positive and negative elements depend on which elements were mixed together in first place but usually elements in lower left side of periodic table are positive. Positive ions are usually the ones with smallest electronegativity in the mix. Positive ions are relatively large and due to large distance between positive nucleus and negative electron they tend to lose electron more easily, especially when that atoms is next to fluoride which has smaller diameter and stronger pull between nucleus and electrons. 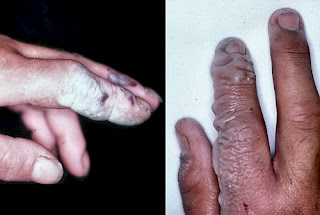 One of the most extreme example of negative charge affecting awareness is with hydrofluoric acid. Above image cited there shows how much damage it can cause on body. While this acid is immediately harmful it does not cause pain at first. Strong negative charge of F- seems to block nerve activity. Maybe by binding with calcium ions as fluorine need calcium for neutralizing. Magnesium 2+ ions also get bound with fluoride and this Mg ion is needed for normal function of sensory glutamate (NMDA) receptors. One possible reason for lack of awareness about this damage is that F- ions in cells manage to give that entire area of body relatively negative charge.

In addition to burn people without their noticing fluorine is also effective in general anesthesia. Many general anesthetics have several fluorine atoms in their structure and often other relatively negative atoms like chlorine.