Surgery that removes brains connections with body is called decerebration. It may or may not leave brainstem connected to body. Animals with brain and brainstem removed are called "spinal" animals as they only react as much spine alone would let them. Such experiments seem to show that spine alone is enough to keep limbs walking in rhythm. Spine is enough for simple movements as sensory neurons that enter spinal cord or brainstem from backside connect to motor or other effector neurons in front-side of spinal cord or brainstem so any sensory experience in any part of the body causes local muscle or other cell type activity. Creatures with only brainstem and spine may suck milk, drink sweet liquids while avoiding bitter liquids and they have their reflexes like coughing, swallowing and vomiting. Ability to scratch an itch also seems to be something so simple it doesn't require brain like brain is not needed to touch some part of body.
One study mentioned that animals with spine, brainstem and thalamus investigated surroundings like normal animals. As thalamus connects all the sensory pathways from vision to touch it could give some awareness of surrounding. Midbrain below thalamus has superior colliculus that causes head and eye movements towards sudden visual stimuly and inferior colliculus below it causes automatic head movements towards source of noise even in decerebrate animals.

Outtakes from this book. Philip Bard studied sexual behavior on cats who were decerebrated at different levels and stimulated their vaginas with smooth glass rod. Spinal cats reacted somewhat like cats in heat (even if they were castrated) by crouching, moving tail to the side and hind-limb treading. Same reactions happened if brainstem was cut through midbrain. If cut was done so high that hypothalamus stayed connected then hormone levels started to matter again.
Several reflexes in newborn may be mainly controlled by brainstem. Suckling reflex may even happen while sleeping or in coma. If something gets in the hand of newborn then they tend to grab it (by 4th week after birth they may be able to hold their weight when hanging on rope). Some data on decerebrate human behavior can be seen in anencephalic babies that were born without brain. They usually die within days and rarely live for months. In one known example baby was found to only have medulla and spine but it behaved similarly to normal newborn. It (gender not mentioned) suckled and also grabbed stuff that was put in its hand. If hurt by pinprick it withdrew its leg. Another baby with similar parts plus midbrain behaved similarly but unlike with previous example it had less problems with breathing and showed more clear sleep-wakefulness cycles. But that baby had problems with eating enough to maintain weight and would have died in days without feeding tube which kept it alive for 57 days. As main difference normal babies behave more spontaneously.
These automatic reflexes fade withing few months but they return if brain above brainstem gets injured enough. Frontal lobe damage may cause these reflexes to return. For example such adults may turn their head towards the finger that touched their cheek and try to suck it but may be surprised if they are told how they reacted.
Normal eating would require working hypothalamus as damage to central (ventromedial) part of hypothalamus causes obesity but damage to sides (lateral nuclei) of hypothalamus remove appetite to the point of self-starving to death with food and drink available. This loss of appetite by hypothalamus damage can partially be bypassed by having animals taste something sweet and overeating can be reduced by giving bitter food.

Decerebrated rats turn their heads towards sudden noise like healthy rats and both rat groups got used to this noise. This reaction started 11 ms after noise and could be removed by damaging inferior colliculus or with damage to reticular formation in pons or midbrain.

Muscle paralysis that happens during REM sleep could be caused by stimulating dorsolateral pons or medial reticular formation in medulla with glutamate, CRF or acetylcholine. This reaction works also in decerebrated animals.

Stimulation of vaginas sensory pudendal nerve causes electric activity/contraction in hindlimbs that lasts over a minute even in decerebrate cats although it can last longer in healthy cats.

Decerebrated cats that were made to walk on several treadmills at same time with one treadmill for one leg going twice as fast as other treadmills did adjust to uneven speeds. In the first 50 steps they were changing walking speed but after that they started to move in more stable way. Cerebellums seemed to be undamaged and connected to body.

If decerebrated ferrets were put on treadmills with bar that got in the way of forelimb then they kept rising their front foot until with 5-15 steps they started to get over the bar that required them to lift forelimb 2 times higher. If bar was removed they kept stepping high for some steps until getting normal gait back.

Decerebrated rats with midbrain connected showed similar taste preferences and facial expressions as healthy rats with same tastes. Rats who had connections to thalamus undamaged avoided all tastes like these were bitter and didn't show expressions common to liking.

Comparison of decerebrated animals. If cats are decerebrated with optic and olfactory nerve removed then they don't actively feed although they eat if something is put in their mouth. They can sit and stand normally with ability to get upright if pushed over. During walking their posture isn't normal. There is rage response to tail pinching but they don't bite back. Termoregulation is working in more extreme temperature differences when without hypothalamus but termoregulation is more normal with hypothalamus. Such animals can learn to blink after certain stimuli but they forget it fast.
Rats behave similarly after decerebration but can recover faster during moving. Like decerebrated cats they also die of hunger if not force-fed. Such rats groom themselves and can localize sounds. As defence reactions they make noise and try to escape, scratch or bite. Decerebrated pigeons who had optic tract undamaged flew when thrown in air and they could see and avoid vertical sticks after which they could land on horizontal sticks.

Decerebrated rats are usually in one place with occasional grooming but they can jump, run and climb after scaring. Rats with thalamus connected behaved and moved more normally with exploratory behavior difficult to differentiate from healthy rats and with fear reactions similar to healthy rats. Decerebrate rats seemed more accurate in grooming. 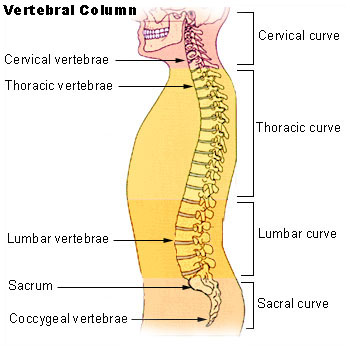